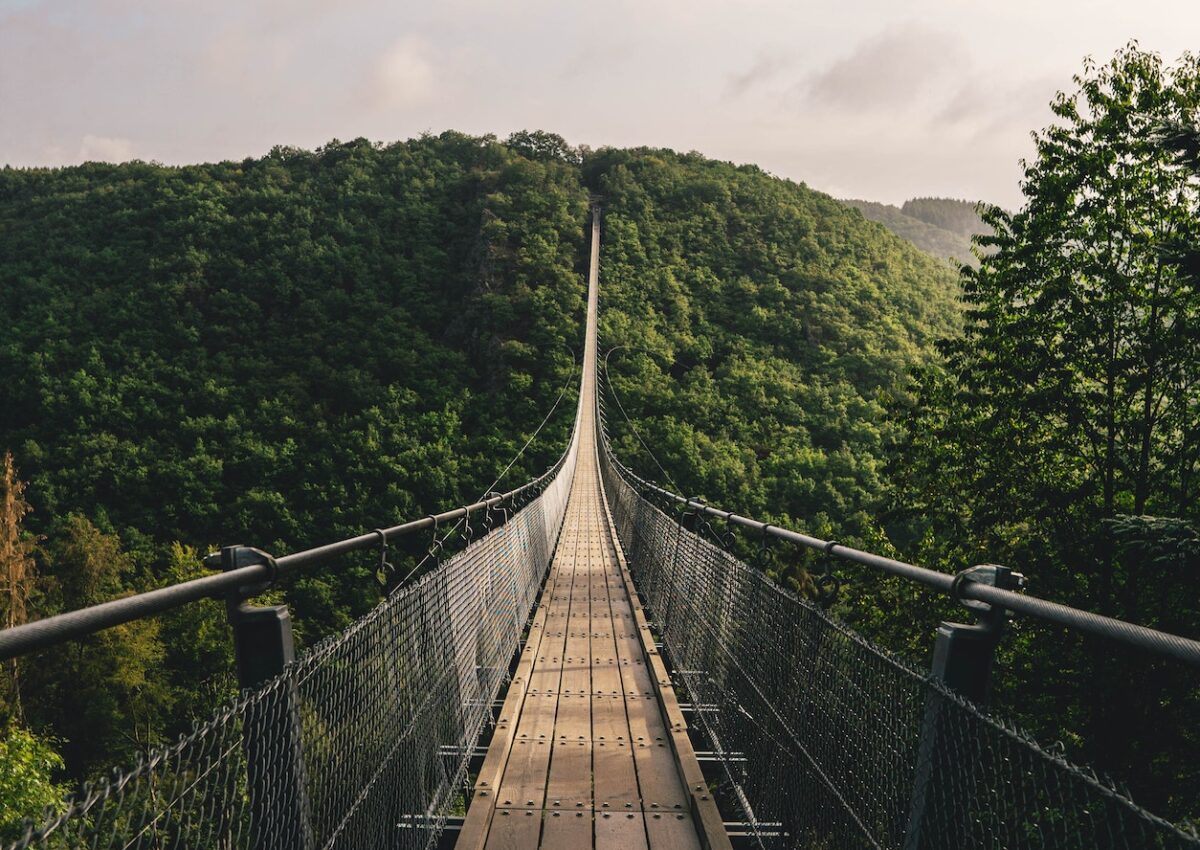 In this post, by nonlocality I don’t mean spooky action at a distance, but instead I try to approach it from a more flexible and informal perspective. As for quantum phenomena, here is what I mean:

Definition (informal) Quantum nonlocality means that something in the quantum world spans two or more locations, although according to our classical intuition it shouldn’t.

Let’s see 4 examples that fall under the umbrella of the above definition.

I. Measuring one qubit of an EPR pair. Let Alice have the first qubit, Bob the second. Now, if Alice measures her qubit, then, at least from her perspective, the quantum state of Bob’s qubit changes immediately as well, in accordance with the (random) outcome of her measurement. Thus, the impact of her local action spans two locations: Alice’s and Bob’s. However, according to our classical intuition she shouldn’t disturb the state of any physical system at Bob’s location, from any perspective.

II. 𝝆AB isn’t determined by 𝝆A and 𝝆B. Intuitively, if we know the physical state of each subsystem A and B, then we also know the state of the whole system AB. However, this is not the case in quantum physics: for any non-product quantum state 𝝆AB ≠ 𝝆A ⊗ 𝝆B we cannot establish 𝝆AB merely by examining A and B independently of each other (imagine we are given a large sample of 𝝆AB). To succeed, our examination must coordinate between A and B (either through a classical or a quantum channel), and in this sense span those two locations, although classically thinking it shouldn’t involve any coordination.

III. Operation on A visible only by examining AB. Again, imagine that Alice and Bob possess an EPR pair. Let A and B denote Alice’s and Bob’s qubit, respectively. Then, the state of qubit A is 𝝆A = I/2, the 1-qubit maximally mixed state. Now, let Charlie secretly perform the Pauli-X gate on Alice’s qubit A. This will change the overall 2-qubit state of AB, but the state of the 1-qubit subsystem A remains I/2. So Alice alone cannot figure out whether or not Charlie did something. To succeed, she has to join forces with Bob and examine the whole system AB. That is, Alice’s investigation will span two locations, although intuitively we would expect that if Charlie disturbs AB by acting solely on A, then it should be enough for Alice to examine only A. (In general, I call this phenomenon the quantum-house effect.)

IV. Quantum detachment in BB84. Let Eve capture a qubit which Alice is sending to Bob during the BB84 protocol. Fortunately, Eve cannot find out what basis Alice used to prepare the qubit, because that information is detached from the qubit. It is kept separately in Alice’s lab. So it’s not enough for Eve just to capture the qubit: she must also get the basis information from Alice’s lab to be able to measure the qubit in the right basis. However, classical intuition would falsely suggest that Eve should be able to establish the state of the qubit locally in her lab, as no state-relevant information should be detached from any physical system.

Let me close this post with a related insight from the paper Quantum nonlocality without entanglement:

In what sense is a locally immeasurable set of states “nonlocal?” Surely not in the usual sense of exhibiting phenomena inexplicable by any local hidden variable (LHV) model. […] However, an essential feature of classical mechanics, not usually mentioned in LHV discussions, is the fact that variables corresponding to real physical properties are not hidden, but in principle measurable. In other words, classical mechanical systems admit a description in terms of local unhidden variables. The locally immeasurable sets of quantum states we describe here are nonlocal in the sense that, if we believe quantum mechanics, there is no local unhidden variable model of their behavior. Thus a measurement of the whole can reveal more information about the system’s state than any sequence of classically coordinated measurements of the parts.