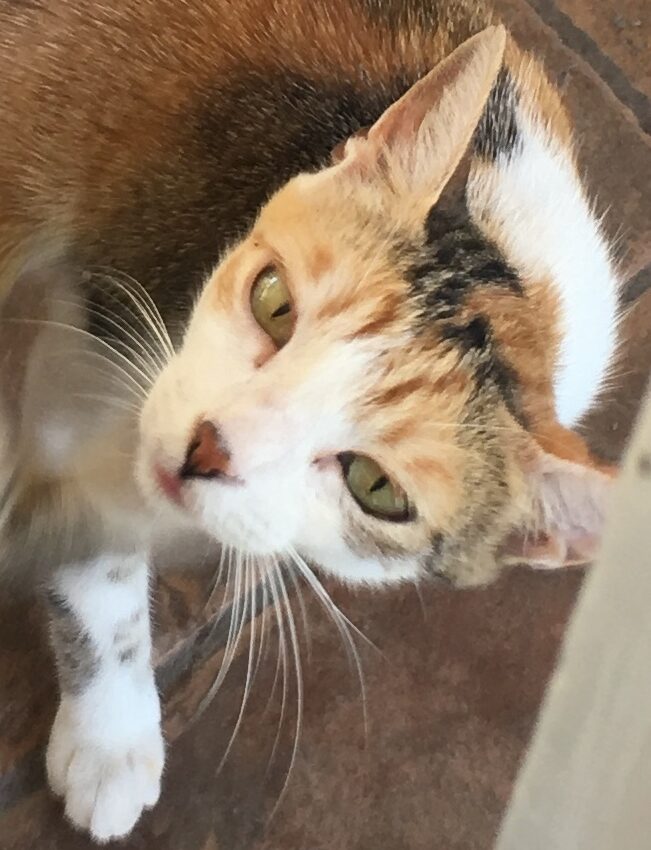 Quantum mechanics possesses an odd duality. On the one hand, it works: the predictions that follow from its laws have been tested with great success for many decades now. On the other hand, nobody really understands what those laws actually mean: they are more like counter-intuitive prescriptions to calculate the outcome of experiments, and there is no widely accepted interpretation as to the world view they are supposed to imply.

Physicists formulated the laws of quantum mechanics during the early 20th century, to make sense of the many baffling phenomena they discovered in their experiments on the atomic and subatomic scale. One of the signature phenomena of quantum mechanics is “superposition”, where it seems as if things could exist in multiple states at the same time. This sounds weird, since according to our day-to-day experience, a light bulb can be either on or off, a cat can be either dead or alive, a bit in our computer can be either 0 or 1, and a physical object can be at exactly one location, at any given point in time. It’s kind of difficult to imagine how it could be otherwise; e.g. what would we see if we observed a light bulb that is both on and off at the same time?

To illustrate superposition, let’s consider the simplest example, the bit. Intuitively, there are two possibilities: if the state of the bit is 0, we’ll see 0 when we observe it; if the state is 1, we’ll see 1. Now, in the world of quantum mechanics, there is an analog of the bit called the “qubit”. A qubit, just like a bit, may also take on the states 0 and 1, and then, exactly as before, we will see 0 and 1, respectively, when we observe it. However, and this is where things get weird, besides 0 and 1 a qubit can be in a so-called “superposition state” too, in which case we’ll see randomly either 0 or 1 as the outcome of our observation.

To add to the weirdness, it’s more than just seeing 0 or 1: the state of the qubit also immediately and permanently changes to what we see, i.e. either to 0 or to 1. As if the very act of observing created reality, by randomly picking one realization out of all possibilities. Thus, it seems that a superposition state somehow encompasses both states 0 and 1 at the same time: either may come out of it.

Note 1 Obviously, we can’t directly observe physical entities on the atomic scale and below with the naked eye, not even through an optical microscope. Instead, we have to rely on more sophisticated measuring devices to do the observation for us and serve as our extended “eye”.

Before we move on, it’s important to reiterate a couple of crucial points here. A superposition state of a qubit is neither 0 nor 1, but a qualitatively and demonstrably different state! So the situation is not that we simply don’t know whether the state is 0 or 1, but rather that one single state can turn either into 0 or 1 upon observation, in a truly random manner. Also, superposition is not only a phenomenon for qubits, but occurs across the board in the sub-microscopic world. For example, an elementary particle is spread out in space until we observe its location state; only then it is forced to randomly “decide” where to be. (Yes, here the superposition state encompasses infinitely many outcome states. Quantum theory can handle that, the math is just a bit more challenging.) Finally, one can think of a qubit as a particle that is restricted to be in two possible places or regions when observed; residing in one or the other represents the states 0 and 1, respectively.

We know that quantum phenomena is ubiquitous on the sub-micro scale, and also that macroscopic objects are eventually made up of atoms and elementary particles. So it seems reasonable that the laws of quantum mechanics extend beyond the sub-microscopic world; but how far can they be stretched? Do they hold true for the states of massive objects, including living creatures? In particular, can large objects be in superposition too? Schrödinger’s cat is a thought experiment from 1935, intended to illustrate the absurdity of this latter idea. Today, like in Schrödinger’s time, we still don’t have the possibility to experimentally verify such ideas.

The thought experiment goes as follows (for the sake of this blog post, I’ve modified a bit the original version). First, we place a cat into a sealed box, together with a plate of poison and a qubit in a 50-50% superposition state. Shortly after that, the cat observes the qubit. Now, the cat has been trained to drink up the liquid from the plate if it sees the qubit as 0, and to do nothing if it sees the qubit as 1. In the end, say, after 1 hour, we open up the box and observe its content, especially whether the cat is dead or alive.

There are two possible outcomes: either we’ll see qubit 0 with empty plate and dead cat, or qubit 1 with full plate and living cat. The experimental setup also ensures there is no bias toward any of those two outcomes, and thus each has 50% chance to occur. Or, to put it differently, if we repeated the experiment 100 times, with 100 identical qubits, plates, and cats, both outcomes would occur roughly 50 times, at random.

If we naively assume that the laws of quantum mechanics hold true on the full macro scale, then the thought experiment casts light on two possible problems with this assumption, at the very least:

First problem. The box is sealed, which means we assume that the content of the box is perfectly isolated from its environment. Now, according to quantum theory, the state of an isolated system evolves deterministically(!) in time; randomness comes to play only whenever the system interacts with its environment, e.g. due to an external observer. This in turn means that the experiment can be divided into two consecutive parts: a deterministic one, where the initial state of the content of the box evolves deterministically for 1 hour into some state S, and then a random one, where we, the external observers, open up the box and observe S. Thus, what happens in the random part is that S turns into one of the two possible outcome states (either qubit 0 with empty plate and dead cat, or qubit 1 with full plate and living cat), with 50% chance each. But that can only be if S is a superposition state! That is, right before opening the box, both outcome states co-exist (within S) at the same time: one in which the cat is dead, and the other in which the cat is alive. Schrödinger himself found this ridiculous to be true.

Second problem. From the cat’s perspective, after it has observed the qubit, there is no superposition any more inside the box. If e.g. the cat sees the qubit as 1, it will only remember that after, say, 5 minutes, the state of the qubit collapsed into 1, plus that it did not drink from the plate. This contradicts the perspective of somebody outside the box, for whom the superposition collapses only after 1 hour (i.e. upon observing state S, see above). So it seems that applying the laws of quantum mechanics leads to contradictory results when there is an observer inside the isolated system.

There have been numerous attempts to resolve the aforementioned problems, none of them are widely accepted though.

One resolution would be that the laws of quantum mechanics simply do not hold on the full macro scale. There must be something, we don’t yet know exactly what (could be gravity, or just the sheer complexity of macroscopic objects, or maybe consciousness), that makes quantum theory, or parts of it, break down from a certain scale. For example, a conscious cat’s observing inside an isolated system may immediately cause a random collapse, in spite of what quantum mechanics says about the deterministic evolution of isolated systems.

Note 4 It’s an ongoing research to bring larger and larger objects into superposition state, to find out if there is a size from which some fundamental obstacle would prevent us from doing so. Superposition has already been demonstrated even for molecules consisting of thousands of atoms.

In the many-worlds interpretation, it’s not a problem that the dead cat and the living cat co-exist within a superposition state: it is considered “normal”. And the problem of the different perspectives of the internal and external observers regarding the collapse of the superposition is not a problem either, as there is no collapse at all, it’s basically just an illusion.

Note 5 It’s interesting that Schrödinger was among the first people who publicly talked about the possibility of many worlds, suggesting already in 1952 that it seems different histories might not be alternatives but all really happening simultaneously.

One problem with the many-worlds interpretation though is that it sounds like a science fiction story, where everything that is in principle possible to happen does happen somewhere in a parallel world.

The interpretation of quantum mechanics is a hot topic of debate. This blog post is just a very high-level glimpse into the subject. But the good news is that no cats are involved in quantum computing. There we only have to deal with qubits, which saves us lots of philosophical discussions.