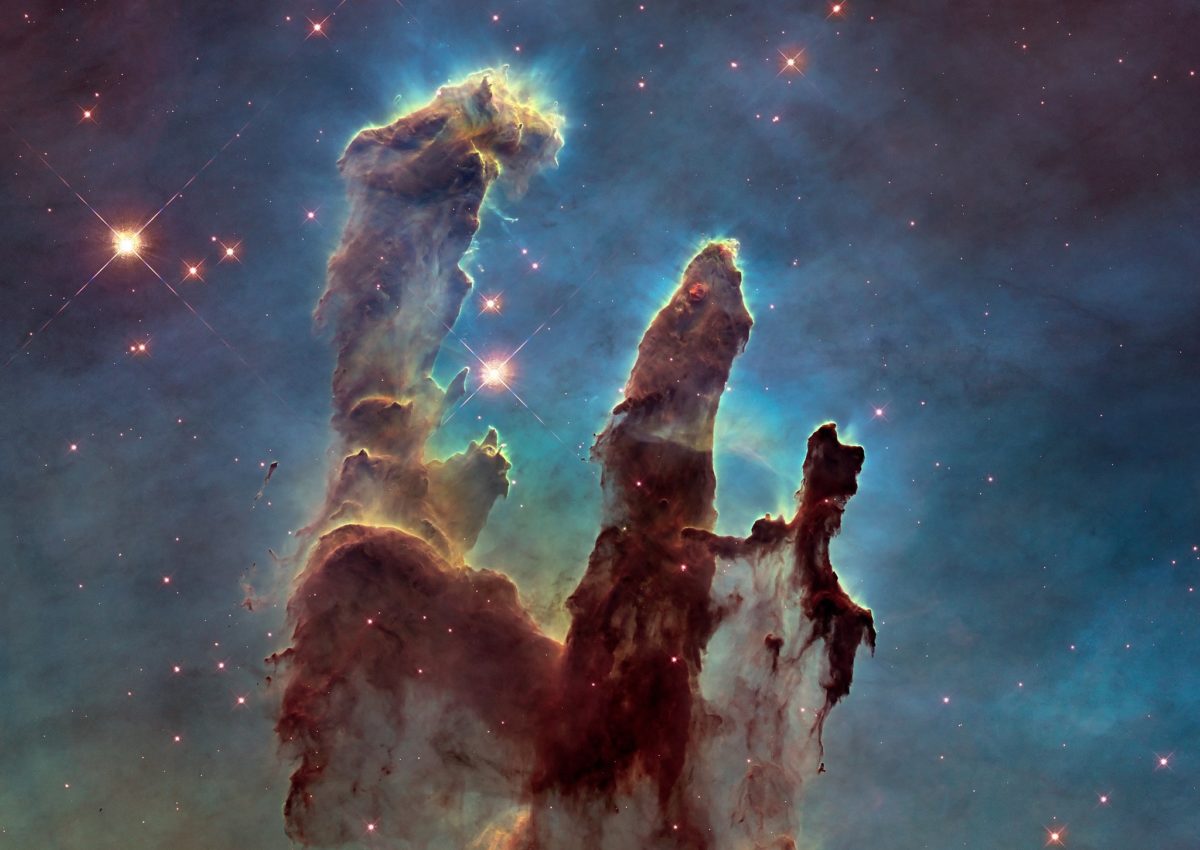 As far as we can tell, the laws of quantum mechanics accurately describe nature on the atomic and subatomic scales. Schrödinger’s cat is a thought experiment from 1935, intended to illustrate how absurd it would be if the same laws were valid on the macro scale too (even though macroscopic objects are made up of atoms and elementary particles).

The thought experiment goes as follows (for the sake of this blog post, I’ve modified a bit the original version). First, we place a cat into a sealed box, together with a plate of poison, as well as a device that after 5 minutes randomly displays either 0 or 1, with 50% chance each (according to quantum mechanics, truly random devices do exist). Now, the cat has been trained to drink up the liquid from the plate if it sees 0, and to do nothing if it sees 1. After 1 hour, we open up the box and observe its content, especially whether the cat is dead or alive.

There are two possible outcomes: when we open up the box, either we’ll see 0 with empty plate and dead cat, or 1 with full plate and living cat. The initial setup ensures there is no bias toward any of those two outcomes, and thus each has 50% chance to occur, in a truly random manner.

Initially, the box is sealed, which means we assume its content is perfectly isolated from the environment. Now, quantum theory says two weird things about this situation. Firstly, it says that every isolated system evolves deterministically, according to the “superposition principle”. This in turn means, in our case, that after 1 hour, both possible outcomes will co-exist inside the closed box at once, a phenomenon called quantum superposition (see figure below). Then, secondly, quantum theory also says that when we open up the box and observe its content, the very act of observing will cause the superposition to immediately and randomly “collapse” into one of the two outcomes, with 50% chance each (see figures above).

Note To be pedantic, it’s more precise to say that after 1 hour, both outcomes co-exist as possibilities to materialize upon an immediate observation. And if you think about it, they both have to co-exist as possibilities, because during the first 1 hour, there has only been deterministic evolution, so the (random) outcome is surely not yet decided.

Therefore, right before we open up the box, according to quantum mechanics we can say neither that the cat is definitely dead, nor that it’s definitely alive, because the corresponding outcomes co-exist at the same time. This is paradoxical, and Schrödinger himself found it ridiculous to be true. In other words, while quantum superposition has proven fruitful in describing the sub-microscopic world, applying it to macroscopic objects, especially to systems involving living creatures, just doesn’t feel right.

For a more detailed explanation and possible resolutions of the paradox, see Schrödinger’s cat in layman’s terms.